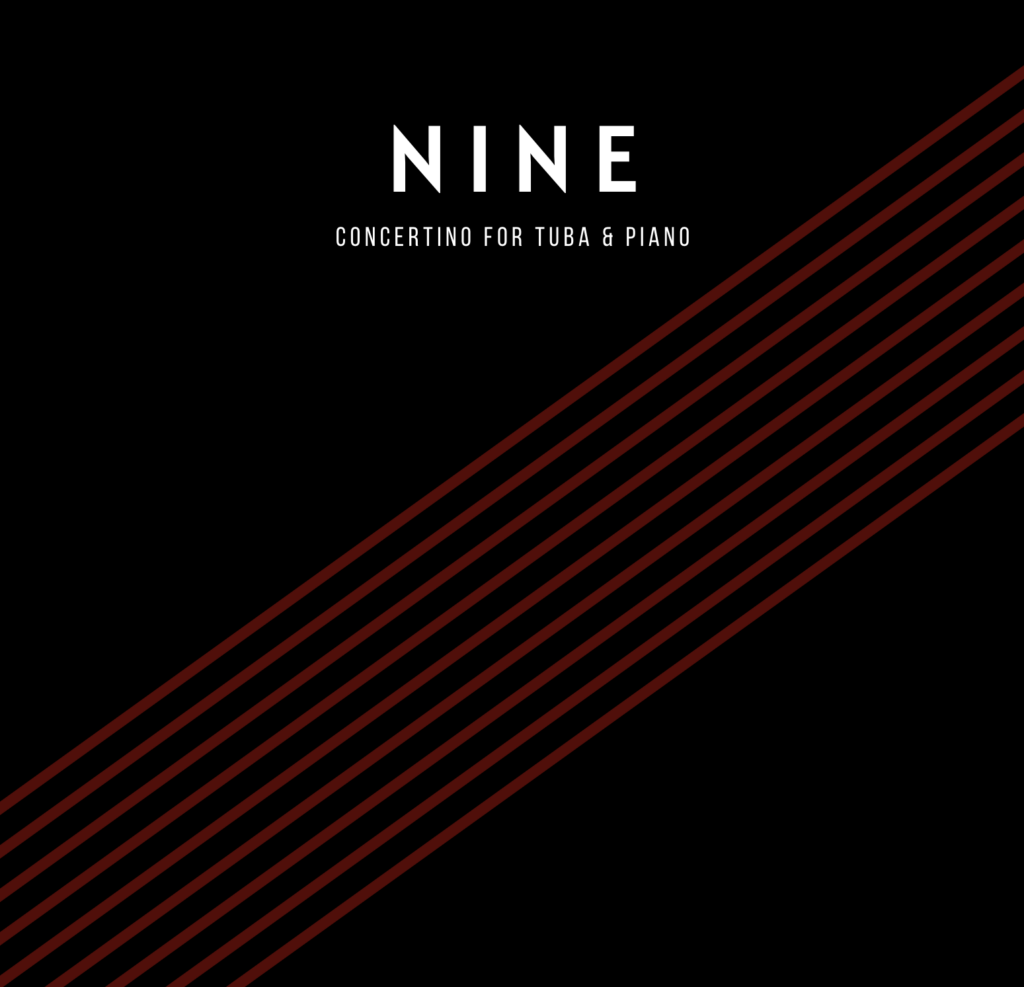 NINE Concertino for Tuba and Piano

Nine was commissioned by Elizabeth Beaulieu on May 17, 2013.

The composition of this concertino for tuba and piano, graciously commissioned by tubist Elizabeth Beaulieu, was influenced by many factors:

It is my hope that these varied imaginings all find powerful and significant ways of coexisting together in the musical environment of this piece that is incessantly motivated by color and texture.