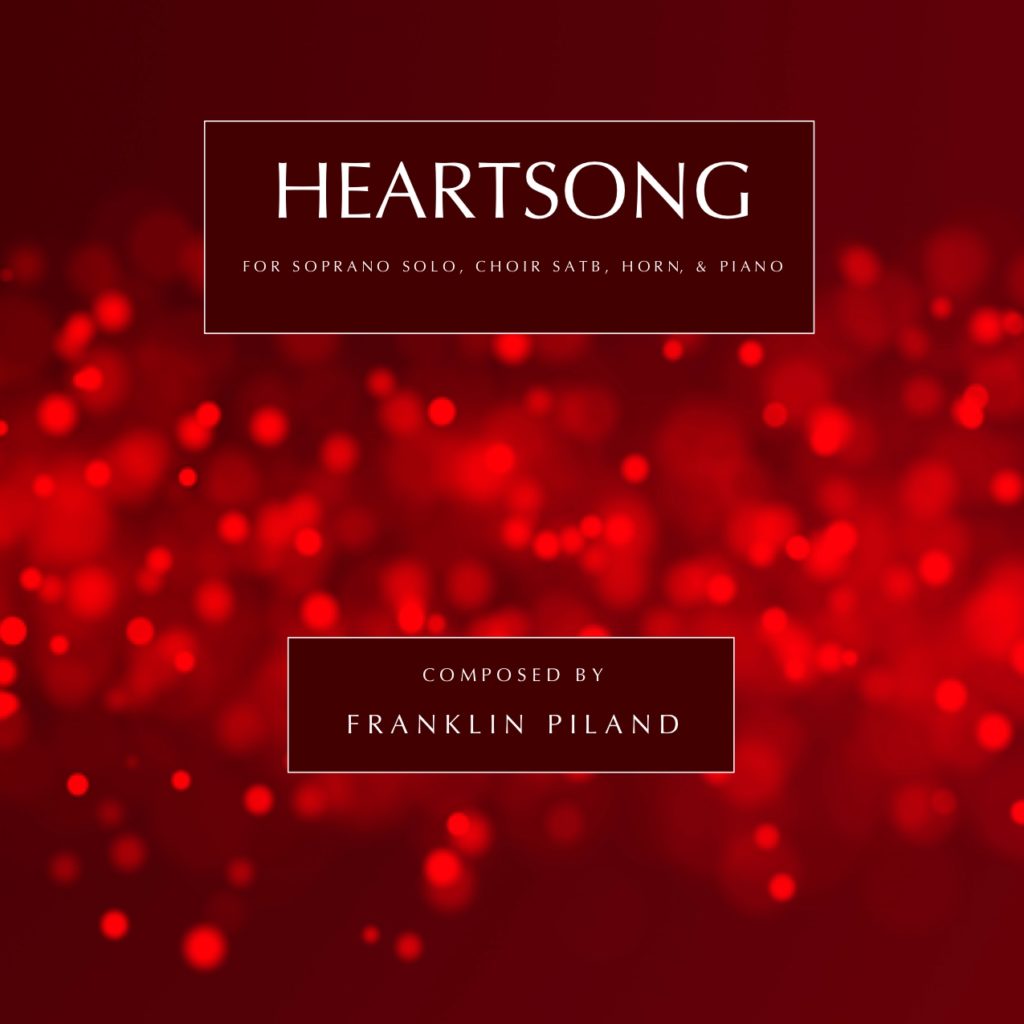 Heartsong was commissioned by Susan Hargreaves in February of 2014.

The piece is a conglomeration of not only sacred text and celebratory music, but also of traditional wedding symbolism and references to lives shared in love. The work opens with an extended horn solo, symbolizing the father of the bride. In the beginning he speaks at the news of marriage – a complicated mixture of emotions ranging from joy to trepidation. I imagined the process through which a loving dad must “give away” his daughter, a conflict between selfishness and selflessness. Frequently the piano mimics the sounds of bells, a reference to both their use in celebrations and in wedding ceremonies. The climax modulates to the key of G Major, my musical nod to the first letter of Gilbert’s name. The conclusion is an optimistic, reverent, and regal statement for the future: that Susan and Gilbert may share a lengthy, strong life together – a lifetime of sharing their heartsongs.

No recording yet available.