Warning: "continue" targeting switch is equivalent to "break". Did you mean to use "continue 2"? in /webroot/f/r/frank035/franklinpiland.com/www/wp-content/plugins/styles/classes/csstidy/class.csstidy.php on line 854 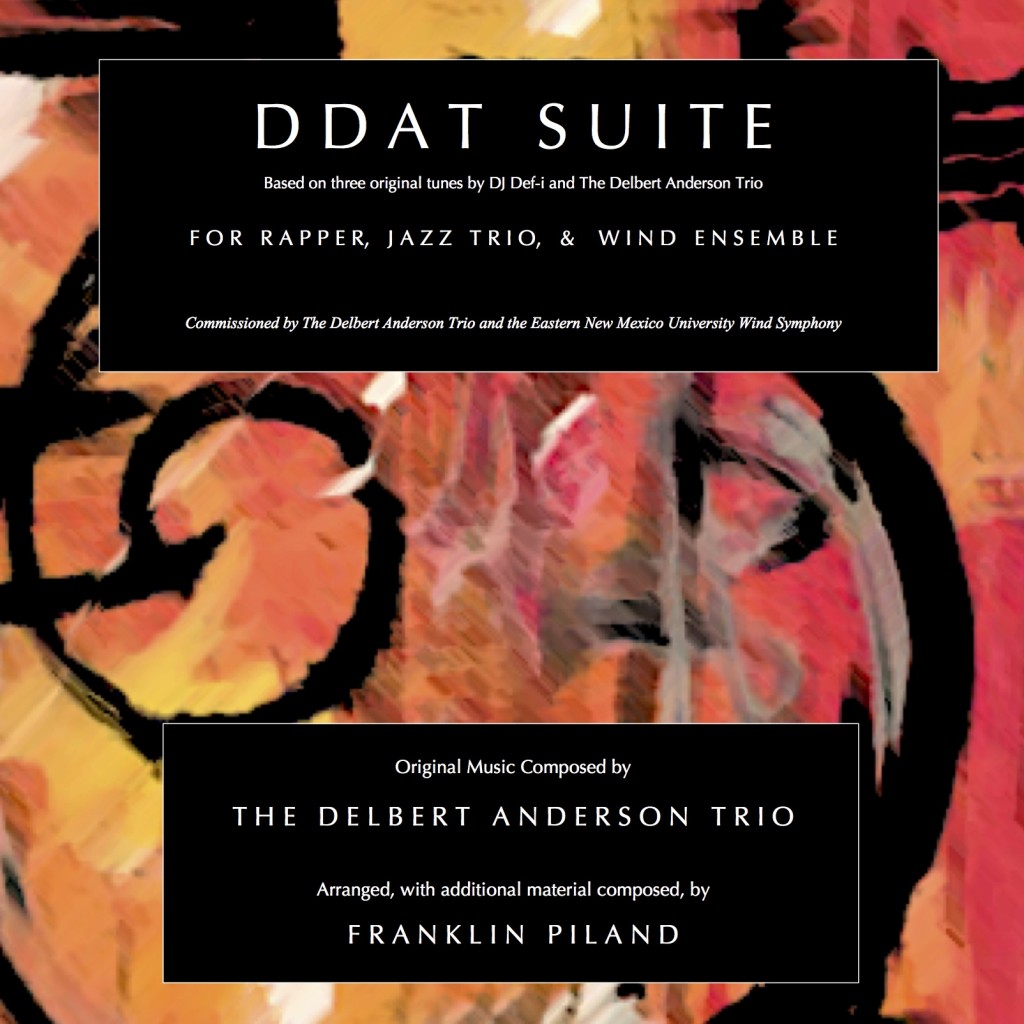 Ten percent (10%) of all sales are donated to the American Indian College Fund.

DDAT Suite is a three movement work with no pauses (though each movement is designed so that it may be played separate from the work, on its own) that draws from three original Delbert Anderson Trio tunes, for rapper, jazz trio (trumpet, bass, and drumset), and wind ensemble. Two from their first album, Narbona and Iron Horse Gallup; and another, a tribute to Native American code talkers during wartime, Attention. The entire work is a celebration of Native Americans, past and present – The Delbert Anderson Trio is exclusively Native American and plays a fusion on Native American folk and jazz music; the visual artist, Antoinette Thompson, who crafted three pieces of art for each movement during the premiere, is also Native American; and myself, a Native American composer and conductor. Especially at a time where we see Native American culture continuing to be devalued and disrespected by political institutions and governments, it is more important than ever to create beauty and art as a form of protest, and to show the world the value our culture possesses.