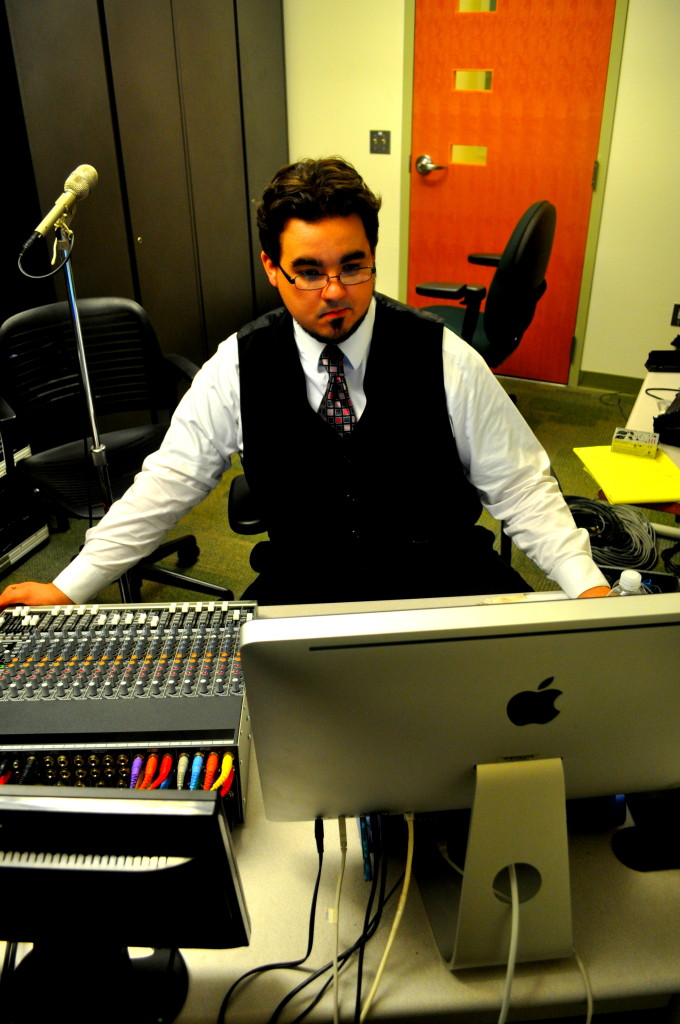 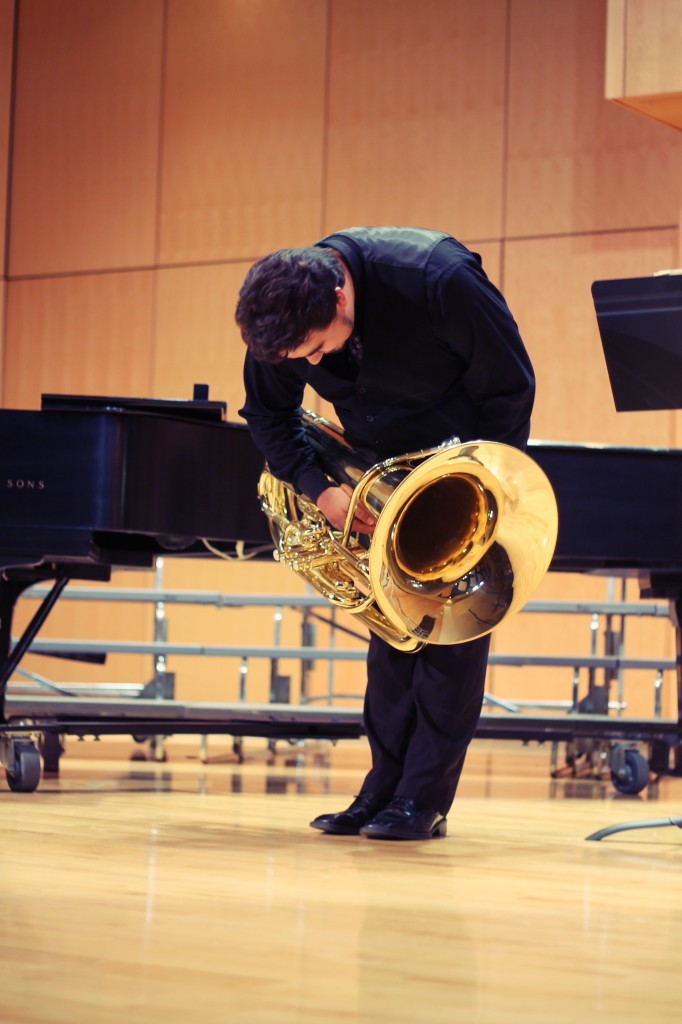 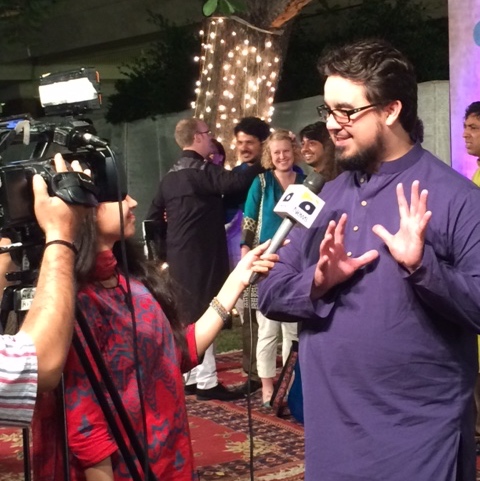 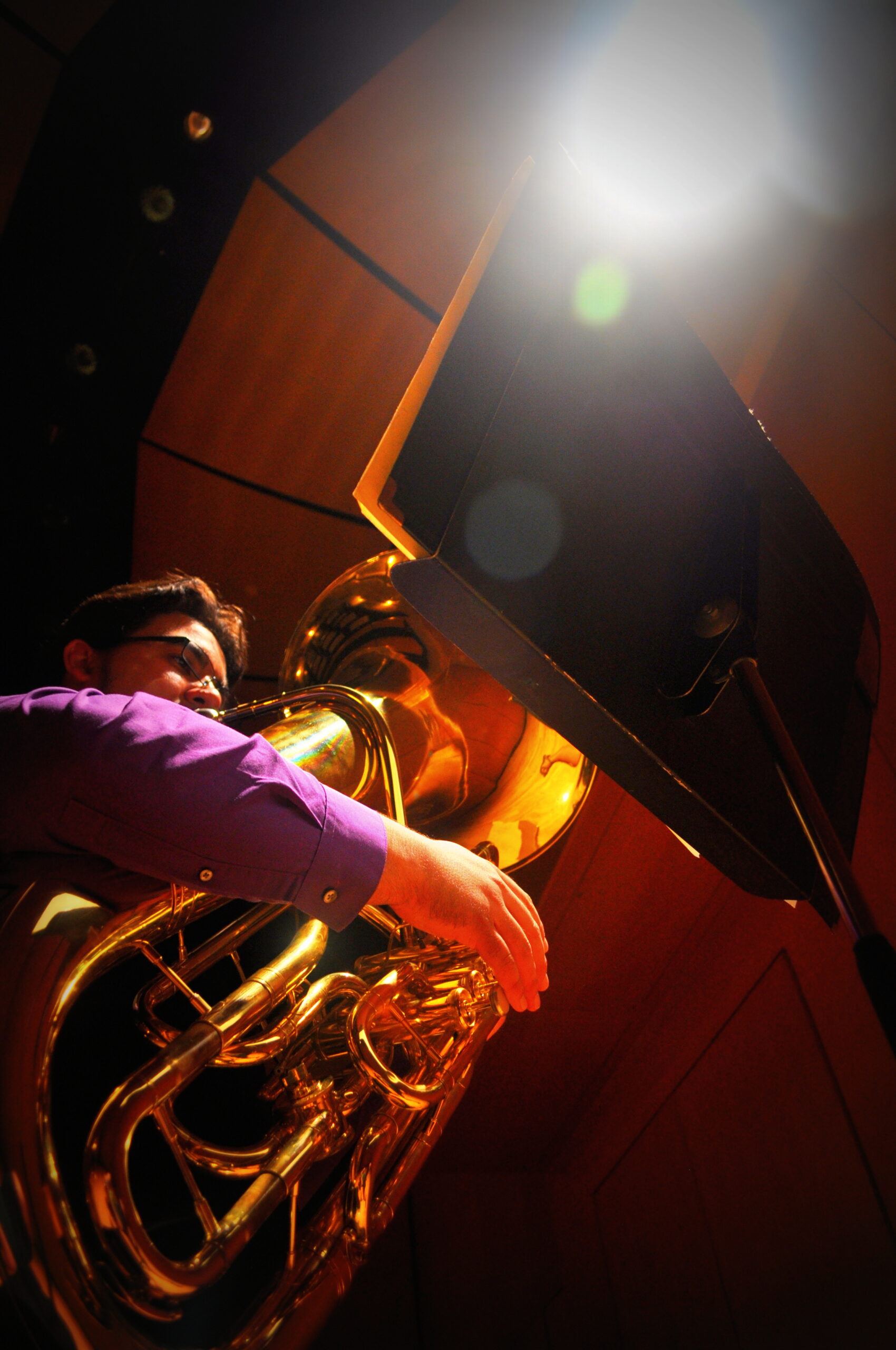 As a composer and arranger Franklin has been fortunate to have his works premiered and recorded by a variety of musicians, from young bands to collegiate and professional ensembles, and has collaborated on his music with some of the world’s most lauded human-beings. His choral and band works have drawn attention from legendary composers of our time, Eric Whitacre, Donald Grantham, Mark Camphouse, and David Holsinger being some of the most prominent. His band work Somnia Mortem was named a finalist in the ATSSB Composition Competition. He has been commissioned numerous works since 2011 for a wide variety of ensembles, most notably: Rose Made Man, a One-Act Opera coming of age story of a transgender man named Gabriel; DDAT Suite, for jazz trio and wind band, which fuses Native American and jazz musics; and four works for the Pakistani/American fusion group Sangat! (Moon of the 15th, Sangat, Morning, and Sun of the 10th) which completed their tour across the world in 2018.

His most recent projects include: a collaboration with the Native American/Jazz fusion group DDAT, featured on NPR’s Tiny Desk Concert series, and the Sonoma State University Orchestra, for jazz trio and orchestra titled Iktomi; Concoction for clarinet, trumpet, and piano, commissioned by Dr. Pamela Shuler and Dr. Sidny Shuler; and Desiderium for bassoon and percussion, commissioned by a consortium led by DuoXylo.

As a lifelong educator and advocate of music education, Franklin has served as Director of Bands and Orchestras at East Austin College Prep in Austin, TX (grades 6-12) from 2016-2018 and is currently serving as Director of Bands at Floydada Collegiate ISD since 2019. In 2016 he was Guest Lecturer and Composer in Residence at the National Academy of Performing Arts (NAPA) in Karachi, Pakistan, and in March 2022 he was a guest presenter at NAPA for the 2022 International Music Festival.

As a passionate conductor, he seizes any opportunity to collaborate with groups of all varieties. He has worked regularly with the Eastern New Mexico University Wind Symphony and Symphonic Band and the Muleshoe High School Band. He has also been graced with guest appearances with the University of Texas Symphonic Band and Wind Symphony. He has frequently conducted chamber ensembles for official recording sessions at the University of Texas at Austin. Recently, Franklin held associate directorship positions with The Lonestar Brass Orchestra and the Lubbock Concert Band.

As a performer he has played as the principal tubist for the Eastern New Mexico University Wind Symphony from 2008 to 2013; performed in a variety of wind ensembles in New Mexico, Texas, Washington, Ireland, and Pakistan; in addition to a number of solo and chamber recitals. In 2009 Franklin established The Greyhound Brass, an autonomous student-run brass quintet based in the Eastern New Mexico/West Texas area devoted to performing quality brass chamber music for the surrounding schools and communities. He has performed regularly with the University of Texas Middle Eastern Ensemble, the University of Texas Hispanic/Caribbean Ensemble, and the Cedar Park Winds. In March of 2019 Franklin performed with the Pakistani/American fusion group Sangat! at SXSW in Austin, Texas. He continues to perform with Sangat! touring internationally, as well as the Lubbock Concert Band and the Lubbock Civic Orchestra.

As a professional audio and video recording engineer and producer, Franklin has had the immense fortune to work with and for some of the greatest musicians, organizations, and projects of this age. He has recorded such groups and soloists as the Miró Quartet, the University of Texas Wind Ensemble, Spinal Tap, the Cordova Quartet, Anton Nel, Hear No Evil, Time for Three, and the University of Texas Symphony Orchestra. Recording projects under his direction have been numerous and include the Austin Chamber Music Festival’s 2015 season, University Interscholastic League (UIL) concert and jazz festivals, and private sessions for up-and-coming composers and artists in the field. Recently he had the pleasure of collaborating on the official recording sessions for Donald Grantham’s War Prayer, Charles Hoag’s Concerto Marais de Cygnes, Andrew Boss’ Telestai, and the UT Wind Ensemble’s live performance of John Mackey’s Wine Dark Sea and the world premiere of Steven Bryant’s Concerto for Trombone featuring Joe Alessi. Franklin worked as an Audio/Video Recording Engineer with the University of Texas at Austin Recording Studio for four and a half years.

Despite all of his numerous obligations and responsibilities, Franklin is a lover of tennis, painting, and Batman (though oddly enough he has yet to paint Batman playing tennis). Franklin currently resides in Floydada, TX with his husband Alex and his two dogs King and Nakia.